Aitrayee Sarkar pens down the sentiments and lost taste of love that we all felt some point in time. A time when we loved and loved and only loved

There was a time when we loved like birds. Sat and arranged the nest restlessly and flew away from each other when the hour arrives. Didn’t complain or blame at all. Its love that all we need, isn’t it? That’s the question that most of us asked ourselves after watching ‘Asa Jaoar Majhe, The Labour of Love. A pact Sunday evening theatre, all watching a Bengali movie, is itself is a treat for the eyes. I won’t go in to the technicalities of the film but cannot resist myself saying, the frames were like Japanese Haiku, interpreting simple yet significant scenes of desire. 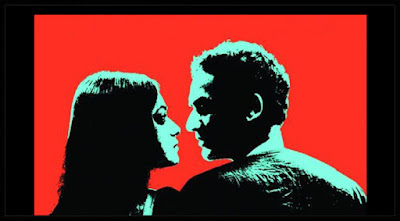 The couple in the movie actually encouraged me to recollect how in my childhood I watched a lady neighbor waiting hours at the door for her husband. But she never looked overjoyed when her husband arrives; it was always a restrained yet fulfilling expression. I still remember that she used to wait in the same manner even years after her husband’s death. People started teasing her, but she remained unperturbed. It seemed that she waited waited and waited, knowing fully well that her companion had went on a never-ending voyage. The sounds and scenes used to pass by as wind passes away.


Asa Jaoar Majhe is perhaps the best film in last five years that has used the usual sounds of north Kolkata or Uttar Kolkata in their right mood. I am not the right person to talk about sound designing but a layman like me, too, cannot forget how calls of ‘feriwalas’ were used in the movie. How those fade in and fade out.

Selection of Ritwick Chakraborty for the lead-cast is a master-stoke by debutant director, Aditya Vikram Sengupta. Ritwick has such an unassuming appearance that he can be casted for anything you want—starting from a factory labour to a high society educated young man. There is no presumption at all in his body language. Basabdutta Chatterjee, the leading lady, is also extraordinarily simple. It seemed that both the actors were meant for the role. 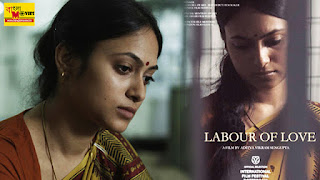 Getting back to cinema and poetry, I must say that I found some pleasant impact of classical Japanese school of film making in the movie. I am strong believer that Italian and Japanese film makers were the best exponent of poetry in cinema. But moved by the way the same imprint I discovered in the Labour of Love.

Hopefully, the debutant director would not lose the x-factor in his future projects. I just pray he remains a lover of silence, rather than a part of the cacophony.
____________________
The writer is an editor of WebPressClub