Aitrayee Sarkar speaks about Bandhan, an anti-ragging campaign initiated by the Jadavpur University.


Kolkata: Jadavpur University (JU) has launched a unique anti-ragging campaign, Bandhan, to make the campus a safer place for its students. Banners of Bandhan, prepared by using 13 different mudras, right ahead of this year’s Raksha Bandhan, have seemingly forged a harmonious atmosphere all around. The mudras are named after life, earth, soul, power, peace, freedom, sacrifice, knowledge, dream, strength, commitment, hope, happiness and universal truth. 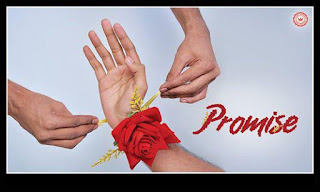 Awareness campaigns against ragging are nothing new in JU but this time round it's different, largely because of the strategy and the response it has attracted. The launch of the campaign has been time with the beginning of the new session of the engineering and technology  departments.

Creative director of the campaign, Parag Sarkar, informed that the campaign has been planned in such a way that students do not even get to hear the word ‘ragging’ in the campus. It’s an attempt to spread positive vibes across the campus, said the former JU alumni. Current students, as part of the campaign,  would welcome freshers by tying rakhis on their hands on 27 July. 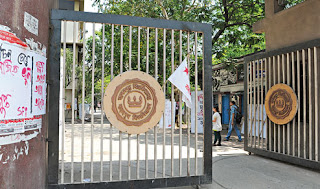 The varsity authorities, faculty members and former students have welcomed the initiative and hoped that it would change the known image of JU in terms of ragging. They appreciated the way current students have accepted it and are preparing for welcoming their new companions with a warm heart.

The whole was turned into reality in two months. Besides Bandhan, opinion exchange programmes and lectures against ragging are organised in JU regularly now.
Those involved with the campaign hope that it would create a new history for JU as well the progressive world of education in Kolkata.