Aditi Basuroy writes from the US about gay marriage legalisation, which comes at a time when blacks are regularly being gunned down indiscriminately

At the very outset, I must disclose the fact that I support same-sex marriage. An educated and aware individual should have no complaint when two adults tie the knot and consummate their wedding. But the question is whether the time was proper to pass a bill in this regard when the US has far more serious issues that demand attention. Well, not exactly, and that can be stated without hesitation.

US President Barack Obama’s assumption of office on 20 January 2009, was followed by several incidents of mass killings. Most of these incidents involved racism, a perpetual struggle which the US continues to battle to this date. While readers may disagree, I have faced a fair share of racism myself in all the years that I have been staying in this country. The US authorities have failed to answer, why most of the homeless and beggars in the country are black. Well, there are whites as well, but they are negligible in numbers. And this is not unique to the US but common in most of the white-dominated countries of the world.

The issue has its roots in history. Whites always dominated the blacks and though oppression by the former is much less today, an undercurrent can still be noticed behind the veil of civilisation in most developed countries. Ever since Obama took over the Oval Office, at least a dozen mass killings took place in the country. The Charleston church shooting is still fresh in our minds. While Obama often screams against such incidents, much needs to be done to put an end to them. The first mass killing, after he assumed office, took place on 10 March 2009 at Kinston, Samson and Geneva. Six persons were gunned down in the incident. Similar tragedies followed in Binghamton, Carthage, Seal Beach, Isla Vista, Tucson, Hialeah, Carson City and elsewhere. School massacres, workplace crimes and other hate-killings are not included in the list. 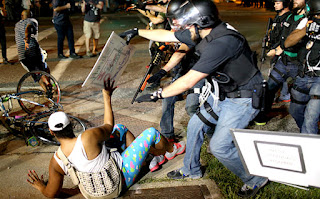 The latest in the series took place on 18 June, when a white man guided by his hatred for blacks, opened fire in a church at Charleston in South Carolina. The accused, Dylann Roof, is likely to have sat with the Bible study group in the church run by the black community. The high death toll triggered a global outburst and protesters demanded tough laws to prevent a recurrence.

People in the US, for decades, always took to the streets to protest indiscriminate killing of innocents. Protestors brought out a major rally in New York last year after public anger over such killings spread to other states across the country.  All they demanded was an iron hand of the law to resolve such incidents. But the US government, surprisingly, sidelined the issue and went ahead to legalise same-sex marriage, a minor matter compared to the number of lives lost to gun totting psychopaths in the country. Yes, same-sex marriage was bothering a particular section of the people, but it surely never warranted greater attention than the most burning problem in the country. The Obama government has not taken any action to eradicate racism which seemingly influences the rights to live and die. 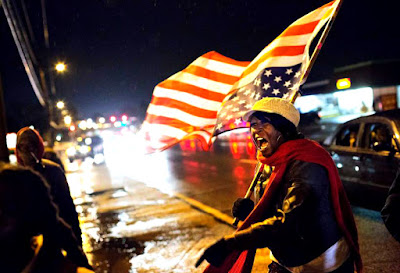 Then US authorities have so far failed to answer, why the Supreme Court was more concerned with legalising same-sex marriage, and not bothered to pass orders to ensure a safe life to the millions of people? The killings also included whites and they were not part of any collateral damage.

People in the US believe that they have no surety to return home once they venture out. They fear for their children, parents, neighbours and relatives. Legalising same-sex marriage should have waited when securing the lives of the citizens is a far more pressing issue. Obama, supposedly the most popular and rational US President ever, seems to be no better than his predecessors.
___________________
The writer is a journalist. Comments personal
Posted by Unknown at Monday, July 20, 2015