If I Am Showing My Bra, Then What's Wrong With That?

Jayanta Biswas penning down his views on the controversial bra strap showing issue. Here is a modern progressive Bengali looking at the matter with required sensitivity


Riya is walking on the road. The sight of a bra strap or lace is peeking out of a blouse. She is comfortable with her bra showing, which is totally fine according to her. It’s a personal preference lady! A village girl is staring at her in wonder. She is whispering to her mother’s ear. Her mother says “don’t look at her.” Riya says “it’s a bra, it’s not hurting  anyone. Because I don’t think it’s a big deal. Bralettes and bras that you are loving  to show off. Go for it! This is a fashion trend,  just like sneakers and pants. I don’t know why people get so offended by visible bras. I think a lace bra under a sheer shirt is a really pretty and delicate look. Guys  what’s the big deal? I’ve been seeing the cutest lace bras with intricate back-design specifically for backless tops so you can show them off. I am sure some women aren’t comfortable with their bra showing, which is absolutely fine according to me.” 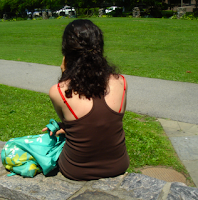 Do you feel insecure if your bra is showing? Carry it. Make it a fashion statement. It’s not like that you; the women are not wearing a bra! Bra is just a piece of clothing. So it is ok if it shows. Now, in New York bra is a widely accepted fashion statement. If one is showing her bra, then what wrong with that? Would you question her morality! It is middle class mentality. Bra is a one kind of garment. Please accept it with pleasure. If you are not being able to accept then go to hell.

It is not odd-looking at all. It is fine if bra straps are visible. Bra straps should not be hidden secretly. Why are people get so displeased seeing someone’s bra straps? Almost every woman wears bra for support and lift it gives their chest. Most women wear it, and it is fact and most men are quite familiar with bras. So what wrong with it? 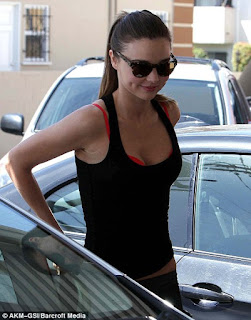 Riya says “I’m not very shy when it comes on showcasing undergarments like bras. I’m least bothered about with it. My bra is a part of my wardrobe, after all I often like to wear bra for comfort and give right support to my chests.”
Some people like to pretend that they don’t know what a bra is when they see it in real life, regular situations. “Yes, I’m wearing a bra. Yes, it’s slightly visible through my sheer shirt and behind my thin tank top straps. No, that does not give you permission to point it out and create a scene.” Riya says.
And if you’re so offended by it, just stop looking at it. Because women are not wearing bras for anyone but themselves.
It is fact that bras are very common in today’s day and age. In fact, a woman who doesn’t wear a bra is arguably more uncommon than others. Woman definitely would never say it needs to be left in the bedroom.
Bras are providing necessary comfort and support which a women needs to stay focus on her daily routine. Otherwise, women would just be distracted all day by their chest area, and no one wants that. So these bra straps are a part of life. If it shows then be them seen?