Peeping Behind the Curtains

Aitrayee Sarkar lays her hands on scribe Amitava Chowdhury’s dare-all accounts, that once brought to light the dark underbelly of the agent-politician-bureaucrat-businessman nexus

The name ‘Shree Nirapekshya’ is enough to take you to a journey down memory lane through the West Bengal of 1950s and ’60s. In June 1956, veteran journalist Amitava Chowdhury started writing a column titled Nepathyadarshan (an insight into the background) in the now defunct Jugantar daily. The column, over time, become a space to challenge misrule, corruption and injustice. Shree Nirapekshya’s views gradually seeped into the daily life of the commoner and created an alternative discourse of political and administrative history of the state. People eagerly waited for his sensational revelations. The scribe never disappointed his readers. 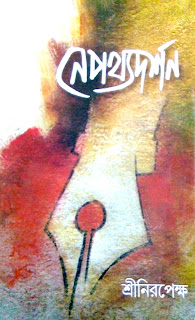 Parul Prakashani, a major Kolkata-based publisher, compiled the decades-old popular columns in a hardbound titled Nepathyadarshan. The book is a testimony of time—a time that most of us either never witnessed or forgot. It is a conversation with history, an intricate and a truly global one at that.

Chowdhury is considered as one of the pioneers of investigative journalism in India. He was awarded the prestigious Ramon Magsaysay prize in 1961. Chowdhury began his career with Jugantar and later served Anandabazar Patrika and Aajkal.

The title Nepathyadarshan, was suggested by Vivekananda Mukhopadhyay, the then editor of Jugantar. Chowdhury was given a free hand by Mukhopadhyay to write and reveal. Chowdhuy in true journalistic virtue, in the book’s preface, clarifies that his intention was to use the weekly column to make people aware. He enjoyed the way he connected directly with the masses through this writing.

In a country like India where people have largely resigned themselves to corruption, Chowdhury decided to unmask the real face of the administration and top politicians. He brought to light colossal scams. Their exposure, when published, created major sensations. The book consists of 30 articles that are powerful enough to stir the reader out of slumber even after so many years. Some of the major stories included in the book are Damodarer Avishap, Bureau na Buhya?, Teler Rajniti, Bhasa Commission, Rahugrasta Bangladesh and others. 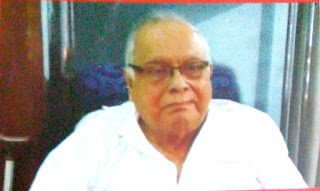 Each story is detailed. Chowdhury makes the once-sensational issues relevant to today’s readers. You are never burdened with facts and numbers, courtesy his engaging style of writing. He also lends an idea on how the language of news reporting has changed over time. But the narrative design of Chowdhury’s column is the most striking, which he successfully retains while writing about even the most serious matter. That perhaps is the magic of Shree Nirapekshya’s writing.

It is often said that journalistic writing is worth only for a day. Scribes like Chowdhury have not only proved that wrong but also etched a name for themselves by practicing true and objective journalism. Indian media, thankfully, is blessed to have journalists like Chowdhury, Akshay Singh, and their ilk, who are ready to live on the edge for the sake of truth.

It seems that Chowdhury’s career ethics have not become entirely irrelevant.