Prabuddha Neogi sheds light on allegations that a recently released film by the Kahaani director has uncanny similarities with a Professor Shonku story.

Kolkata: Sujoy Ghosh’s short film Ahalya, which has already attracted nearly 30 lakh hits on video sharing site YouTube, has generated a fair bit of controversy. Many viewers have alleged that the thriller, starring thespian Soumitra Chatterjee, Radhika Apte and Tota Roy Chowdhury in major roles, has a striking similarity to a Satyajit Ray short story. A section of the audience, both in India and abroad, claimed to WebPressClub that the Bengali film is almost a knocking copy of Ray’s Professor Shonku O Aschorjo Putul (Professor Shonku and the Strange Doll). 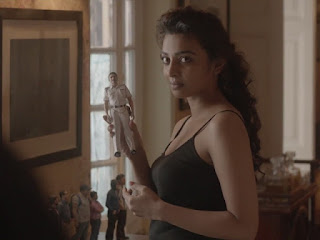 Rimli Biswas, faculty of a leading south Kolkata college, said: “The film is likely to have been inspired from the Ray story. The similarity is just too close to ignore.”

In the story, Shonku travels to Sweden to receive a honourary degree. There, a man named Gregor Lindquist, invites the scientist to his home. Lindquist identifies himself as a doll maker and his amazingly lifelike creations impress Shonku. It’s only at the end of the story when Shonku realises that they are actually human beings transformed into dolls.

Former Cambridge University faculty Sreepriya Bhowmik, now settled in UK, said: “There’s no harm in taking inspiration from anywhere. But at least the source should have been acknowledged.”

Ghosh has reportedly denied the plagiarism allegations over social media. He said on Twitter that everyone is entitled to their observation. What is art, if it invokes no reaction, he questioned. But he didn’t reply to our emails in this regard. Ray’s filmmaker son Sandip, too, didn’t answer our calls.