Gayatri Sen recalls her childhood in Bangladesh, a travel that left lasting impression.

The travel that is truly mesmerizing takes a special place in your mind, your heart and in your life. It is not just the journey or the destination, but the entire story behind it that makes it special which you can never forget in life.. 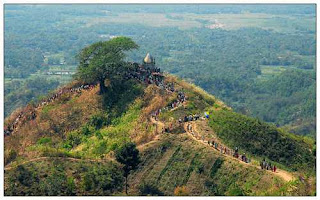 Devasted by  death of eldest grandson , my parents  (Shri Nirad Sen majumdar,Zamindar of Tungeshwar and Smt Jogamaya  Sen) along with their children, set out on a pilgrimage  to Bholananda giri’s ashram at Sita kunda to recover  their inner peace and gain  spiritual enlightenment. Swami Bholananda Giri Maharaj, a renowned Sanyasi of that era   who was worshipped and respected by religious minded men all over India. The ashram promoted the religious life of all persons and took  spiritual care to maintain the purity and the devotional life  in presence of Sanyasis . This led to improvement in  religious life of the householders  brought them into contact of with the Sanyasis. 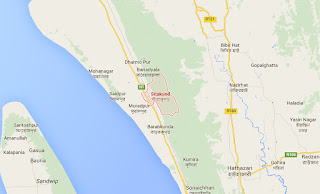 Sita kunda was indeed  a magic land for us, as  this place  became source of poetic inspiration for my brothers and sisters   it lighted up the spirit of whole family for almost a period of one year . I would like to mention here that Sitakunda  is an upazila, in the Chittagong District of Bangladesh. Later in my life, I learnt that Sitakunda is one of the oldest sites of human habitation in Bangladesh. The Sitakunda range is a 20 miles long ridge in the center of the upazila, which reaches an altitude of 1,155 ft above sea level at Chandranath peak. Part of Sitakunda is also covered by the low hill ranges.  About 3 miles  north of Sitakunda town is the Labanakhya saltwater hot spring, the water of this spring was thought to contain medicinal properties and can cure skin ailments. However, even now 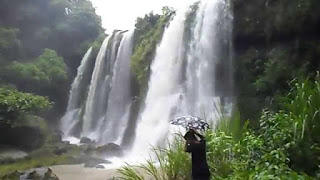 I vividly remember two waterfalls in the hills: Sahasradhara and Suptadhara . Flanked by caves and rocks Sahasradhara was renowned for its natural beauty. It was a year round destination where  we could  enjoy  the water falls with the view of  water coming  gushing off the cliff. Valley of Supta Dhara on Sitakunda Hill Range is next to a  Temple  . Visit  to waterfall was the favourite part of my journey (it’s still  actually in front of me). I can still feel the waterfall splashing little specks of its glorious refreshing minerals onto my face and feet as I stood next to it seeing the endless works of nature that has always made me feel so small yet so alive.


During our stay at  Sita kunda, in the rainy season  (1930s) we started suffering from malaria . Bengal had repeatedly suffered a severe malaria epidemic then which resulted in massive death and a startlingly high morbidity.. Although quinine was available at the time, its supply was probably inadequate My father had to  travel long  to acquire the drug. And taste of quinine had been like a nightmare which one cannot forget in life. It was too bitter and strong, it had to be diluted with cold water and then swallowed.

The atmosphere at the ashram was always spiritually charged, and the calmness was very much  conducive for my fathers and my eldest sisters spiritual pursuit. During our yearlong stay at Sita kundu, I remember that we would often go to a thousand-year-old Shiva temple that stood at the 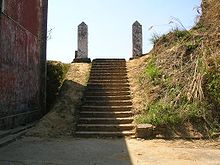 top of the Chandranath hill in the early hours of morning. The forests around the place was of evergreen type with a preponderance of deciduous trees. This temple was also a pilgrimage place for Buddhist.  To reach there we had to climb many stairs in the mountain. As we climbed the steps we used to repeat the hymns of Shiv mahimna stotra in chorus along with Baba……..this exercise diverted our minds from the hardship of climbing. According to legends, during tandava the dance of destruction by shiva Vishnu cut the body of Sati to pieces with  his celestial weapon. Each of 51 pieces of the body fell to earth, and became a holy center of pilgrimage or Shakti Peetha. The legend goes that Sati's right 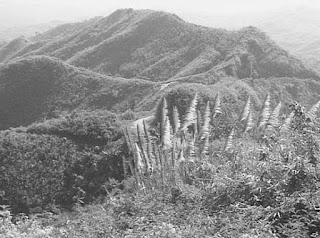 arm fell near a extinct hot spring at the Chandranth peak in Sitakunda. The site is marked by the temple of Sambhunath and Bhabani  just near the Chandranath temple on top of the peak, and it was a major tirtha in united Bengal.  Poets from across the ages – from  Jaydev  to Nabinchandra Sen were said to be devotee of this temple.

In the later years my eldest sister  (Smt Indira Sen ,a noted Sanskrit scholar) who had lost her son was deeply influenced by the natural beauty of Sita kunda. Later she would often repeat  “Without suffering and death no human life cannot be completed .The consciousness would never arise One needs  to change his/her attitude towards life and give all the sufferings a meaning to you .” These words still echo in my mind . These words probably motivated me to narrate all these stories to  you all  .The memories of Sita kunda ,the place where we cultivated our inner self and  our cultural profile  was our stepping stone , to who and what we became in the later years of life….shall be one of my fondest memory.
Posted by Unknown at Saturday, February 27, 2016