89 cuts recommended to Udta Punjab, brings to light the Jurassic age our filmmasters are in. Prabuddha Neogi takes a look at the circus played
out by the Censor Board

For nearly a century now, films have been the biggest brand ambassador of our country on the global stage. Bollywood especially has been a major component of New Delhi’s track II diplomacy, marshalling enormous soft power from Kabul to Kentucky. While the film industry deserves all encouragement and support from the official quarters, the Central Board of Film Certification (CBFC) has decided to tread the contrarian path. The board, chaired by Pahlaj Nihalani, has unleashed the worst kind of license raj and its latest victim is Abhishek Chaubey directed Udta Punjab, a dark and gritty thriller about the drug menace in the northern state. To the horror of the country’s entire film fraternity, Nihalani and his brethren at CBFC has suggested a whopping 89 cuts to the film. No wonder Udta Punjab producer Anurag Kashyap compared the state of affairs to that of North Korea. 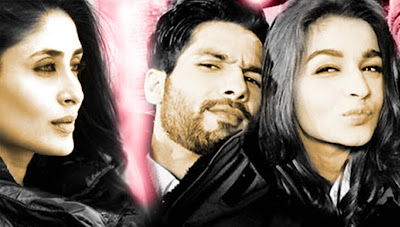 But there seems to be a larger political gameplan behind CBFC’s move, which reportedly wants to sever all references to Punjab in the film, including its cities and towns. It, in fact, has recommended deleting ‘Punjab’ from the film’s title. Imagine how just ‘Udta’ will sound. It forges a visual imagery of a person flying aimlessly in the air. Or as if an ‘Udta Ullu’ will solve the state’s drug problem. CBFC’s recommendations are clearly related to the upcoming assembly elections in Punjab where drug abuse is a key issue. The ruling Shiromani Akali Dal, an ally of NDA in the Centre, has objected to the film’s content and title. A political party whiplashing what should be the content of a film is proof of everything that’s wrong with our film certification.

Nihalani, ever since taking over as the CBFC chairman last year, has been playing a tragicomedy with most directors. At a time when swearing is almost a part of common conversation, Nihalani and his draconian Censor Board have brought out their daggers against even innocuous expletives. Well, they have already been waging a war of sorts against kisses that they felt were ‘too long’, not to mention of sex scenes that left them squirming in their seats. They even raised objections against the word ‘virgin’ in Finding Fanny. Nihalani and gang seem to be suffering from the Kolkata minibus syndrome. Hop on to any one of them and you are sure to be told by the conductor, ‘Dada, pechoner dike egiye jan’ (Sir, please move forward to the back). Come on guys, this is 21st century cinema. What do you want us to see? Amar Chitra Katha?

But among all these nonsensical brouhaha of the Censor Board, hope floats somewhere like cirrus clouds. Shyam Benegal has been appointed as the head of a committee formed to reconstitute CBFC as a certification board and not a censor. It has recommended that the board should stop waving menacing scissors and issue classifications like suitable for children above 12 years, or for adults only. The reforms need strict and prompt implementation. Else, hang a notice on the Censor Board doors that only so-called sanskari cinema will be approved for public viewing, eyes wide shut.

Bollywood heavyweights like Amir Khan and Amitabh Bachchan, and filmmakers Zoya Akhtar, Imitiaz Ali, Sudhir Mishra, and Ashoke Pandit have spoken in support of Udta Punjab. “We can’t turn into a Saudi Arabia where there is opulence but no free thought in society,” said filmmaker Mahesh Bhatt, whose daughter Alia is playing a crucial role in the film, alongside Shahid Kapoor, Kareena Kapoor Khan, Diljit Dosanjh and Satish Kaushik.

Kashyap has already moved the Bombay High Court against CBFC. Udta Punjab is slated for a 17 June release.